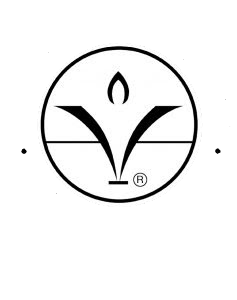 A Board Certified Civil Trial Lawyer, William Price has been a practicing attorney for more than 30 years, licensed in State and Federal Courts. Mr. Price, born in Lakeland, Florida, was admitted to the Florida Bar in 1980 after obtaining his Juris Doctor from Mercer University. Prior to attending Mercer University, he received a Bachelor of Arts in U.S. History in 1977 from Vanderbilt University. He was admitted to the United States District Court, Southern District of Florida in 1981 and the Trial Bar in 1984. He was also admitted to Middle District of Florida.

Mr. Price is a dedicated member of the American Board of Trial Advocates and is AV rated by Martindale Hubbell, the highest rating available. He has been listed as a Florida Super Lawyer and also served as President of the Palm Beach Chapter of ABOTA (2005-2006). Mr. Price is currently a Senior Life Member of ABOTA Foundation, National Director of the Palm Beach Chapter, and also a member of the Executive Committee.

He was first designated as a Board Certified Lawyer in Civil Trial Practice by the Florida Bar in 1987 and has been re-certified every five years since then. Mr. Price has served as a Chairman of numerous Palm Beach County Bar Committees, including the Personal Injury/Wrongful Death Committee and the Medical-Legal-Dental Committee.

Mr. Price is the author of numerous articles and chapters in the area of personal injury and trial practice, and has served as an instructor, speaker, moderator and panel member for legal seminars, courses, and workshops. He is an active member of the American Association for Justice, the Florida Justice Association, and the Palm Beach Justice Association. His areas of expertise include trial practice, civil litigation, medical malpractice, personal injury, wrongful death, and professional liability.